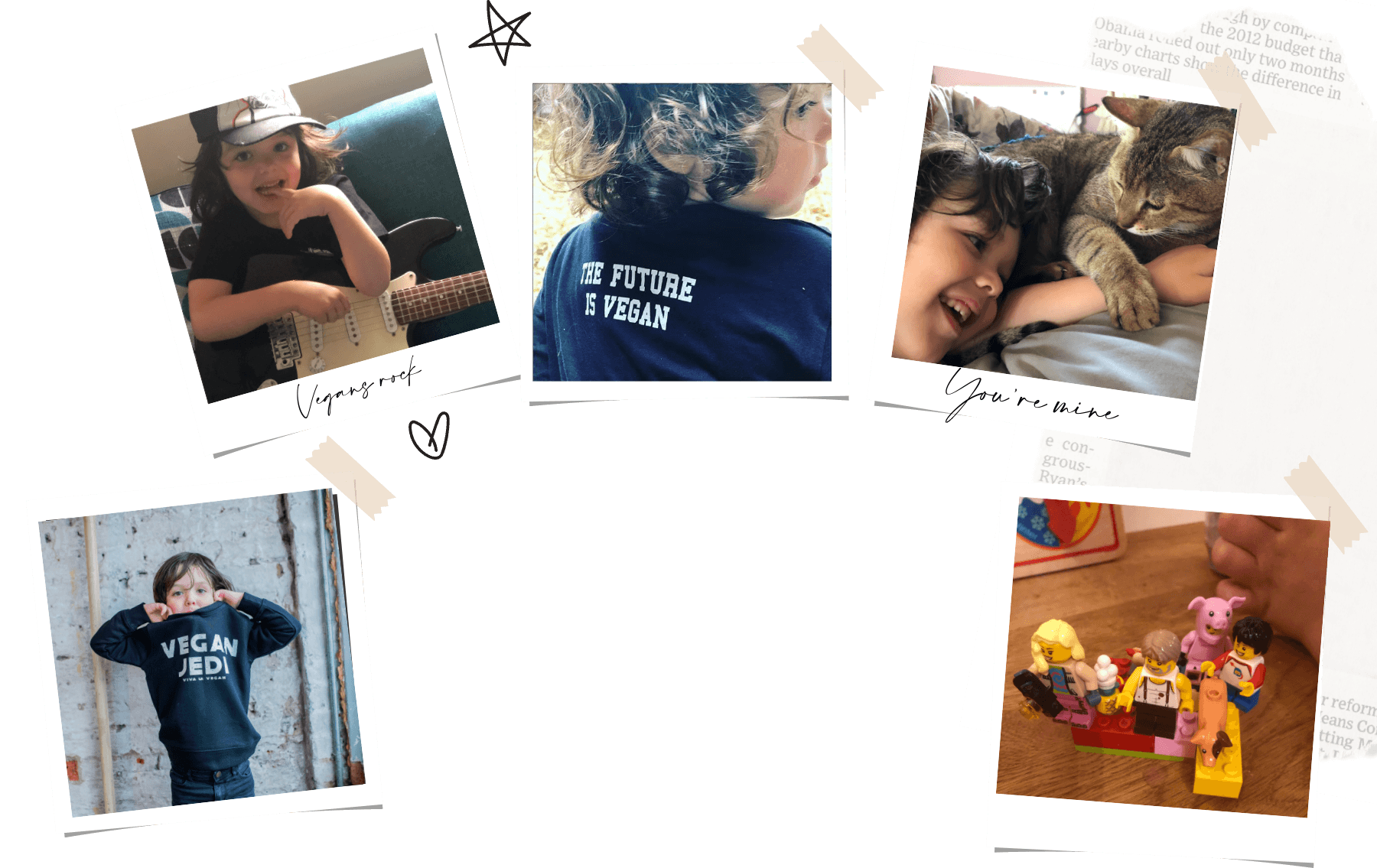 THE FUTURE
IS VEGAN

Vegan kids wear, inspired and co-designed by our own Super Vegan, Idan, meaning new Era (our hope that he will be part of a change, a new era for the world), our 5 yr old son, vegan-thriving from birth, loving and kind, outspoken and proud, his compassion for all, and his energy for vegan living is so natural and shines through all that he does.
He’s the best vegan advocate I know, starting young, he turned his nursery school teacher vegan in his first term.

Like him, we are growing our children’s collection, child-friendly vegan apparel,

including colourful, upbeat, positive statement t-shirts, sweatshirts and merch that appeal to their world view including superheroes, unicorns, vegan Jedi’s, dinosaurs and animals. Designs that are too cool for grown-ups.

(but will hopefully make them think? )

I believe that we are all born vegan with an innate love and connection to animals until someone tells us not to listen to our heart, and conditions us that eating the body of another is normal, more than normal it’s desirable.

I rejected meat at an early age, as soon as I understood where it came from – unfortunately it took me longer to make the connection about eggs and dairy. I’m so glad that Idan is vegan from birth and has never been shielded from the truth’

Since creating this business we have met tens of thousands of vegans with many visiting our stall with their children, it is beautiful to see many of these young people just get it, they don’t see an animal life purpose as there for our food, clothes, entertainment, instead fully acknowledging that animals have a right to life in their own right.

More so, now we are seeing the young have a conscious understanding of the interrelationship of veganism and the positive effects for the environment and the future of the world, educated, vibrant, passionate, aware, it is a positive beacon of hope and change they carry.

If your child has an idea for a design that they’d love to wear we’d love to hear about it. Drop me a line at jay@viva-la-vegan.com